Share a memory
Obituary & Services
Tribute Wall
Read more about the life story of Patricia and share your memory.

Born in Minneapolis, MN on April 30th , 1929 to James and Grace Farkell, Patricia (Pat) Welna was raised as an only child as her brother Wilson, who was born 14 years earlier, died at 3 months of age.  Her mother and father were divorced when she was 7 years old. Even though they were divorced her father would make frequent visits to the family home and they would all go on outings together.  They went Minnesota State Fair every year.  They would go to Powderhorn Park each year on the Fourth of July to watch fireworks. It was at this Fourth of July celebration that she would have her one and only ice cream cone for the year.  They also visited gravesites together on Memorial Day each year.   They would pack a lunch and ride the streetcar to the cemeteries. For two summers, during the Minneapolis Aquatennial celebration when Pat who was then 18 and 19 years old, she danced in a chorus line at the Orpheum Theater. She wore long beautiful dresses and big fancy hats.

Growing up during the Depression, times were very tough, especially being in a broken family.  Her mother turned their small 3-bedroom home into a boarding house.  There were 10 roomers and borders living in her home with her and her mom.  Pat slept on a ¾ cot in the living room with one of the borders and her mother slept on the couch right next to the cot.  The hook behind the dining room door was her clothes closet.  To make ends meet, her mother also had a catering business out of their home and catered weddings on weekends.  Pat assisted as needed.

Pat attended St Helena’s grade school and then attended St Margaret’s for High School.  Her favorite subject was English, but she also enjoyed her sewing class.  When she was a senior in High School, she was at a party hosted by her best friend, when the man, who would later become her husband, walked in the door.  She saw him and loved him at first sight and said to herself,” I will marry that man or no man”.  They met and became friends. He called her every night for the next four years and they visited on the phone for hours.  These were the times when phones were part of what is called a “party line” and her mother’s rule was to limit all phone calls to no more than 5 minutes.  Her mother never complained when “Virgil” called. In Virgil’s senior year in college, he studied abroad in Austria.  In a diary that he kept during that trip he wrote, “I hope that during this time away from Pat, I can become a better man, that I would be worthy of her love.”

After Pat graduated from high school, she attended Minnesota School of Business College and then landed a job at the Boy Scouts Office.  She worked there for three years, loving every minute of her time there.

On graduation from the College of St Thomas, Virg asked for Pat’s hand in marriage.  Two weeks later they were married! They lived with Pat’s mother for 11 years to save up money to make a down payment on a home. Soon after they were married, her Virg was drafted into the Korean War.  They went together to Maryland to prepare for his assignment to be stationed in Germany. My mother worked a temporary job as a secretary.  The day arrived that my father would be making the final preparations to leave for Germany, so they went to New York and then together to the train station.  He would then check in at base and his beloved Pat would take the train to the airport.  She said she cried the whole way to the airport. She boarded the plane and was waiting for take off when she heard over the loud speaker,  “Is there a Mrs. Welna on board?” She quickly stepped forward and then saw on the tar mat Virgil standing there.  When he had gotten to base, he discovered that he was early and that he had a few hours before he had to check in, so he hitch hiked across New York and arranged for Pat to take a later flight.  They had dinner together and talked and talked. Pat said, “I never cried again for how many people had ever been so loved.” She was now pregnant with their first child.  She returned to her family home in Minneapolis and waited for the arrival of her first born child.  James Jonathan was born on August 17, 1953.  In a love letter from Virg to his beloved Pat, he congratulated her and told her he was so proud of her and that he knew she would be a holy and good mother.   When Virg returned from Germany, he partnered with his father in a hardware store business. This was a huge shift from the original plan that her husband would become a schoolteacher.  She was now married to a business owner who would not have summers off!  The money they had been saving for a down payment on their own home went to make a down payment for the hardware store business instead which lengthened the time they would need to live with Pat’s mother.   Virginia (Ginny) was born on June 28, 1955 and Mark was born on January 8, 1960. In 1964 they purchased their own home in South Minneapolis.  Her husband worked long hours, 10 hours a day, six days a week while she took care of the children. She excelled in hospitality and there were often guests at their table. When her child rearing days were over, she worked along side her husband at the family hardware store. Even after his passing, she continued to show up for work into her 90th year.  She enjoyed visiting with the customers, drinking coffee and passing out cookies!

Pat did much volunteer work throughout the years.  She worked with a group of Intellectually Disabled adults. Both her mother and her aunt lived in nursing homes and she visited them every day for several years.  She was very involved in politics supporting candidates who were running for office.  One of her biggest accomplishments in the broader community is the establishment of the Metro Light Rail Public Transportation system in Minneapolis.  Because of her involvement in this project, she was an honored rider on the first Metro Light Rail Train trip!

Pat and her husband Virg were members of St Joan of Arc parish in South Minneapolis for many years where they developed several close friendships.

She loved to travel and was able to see the world with her son Jim, Virgil and later alone with groups.  She completed many courses on wide range of topics at the University of St. Thomas as a part of their senior study program.

Since May of 2022, Pat has lived in a Gianna Home, Gladys Place, a loving Residential Care Home where she died peacefully in her sleep January 17, 2023.

To send flowers to the family or plant a tree in memory of Patricia Welna, please visit our floral store. 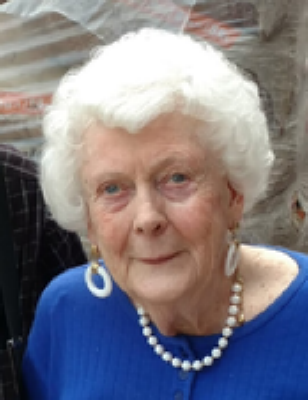