Share a memory
Obituary & Services
Tribute Wall
Read more about the life story of Robert and share your memory.

Robert James Meyers, 90, of Plymouth and Aitkin Minnesota. Bob died peacefully from Alzheimer’s on January 25, 2023. Bob was born on April 29, 1932, in Minneapolis, Minnesota, to Rose Mary Weiss, age 23, and Walter Francis Meyers, age 28. He married Barbara Jean “BJ” Morgan and they had four children together. He was the oldest of eight siblings, six brothers and one sister.

Bob was a loving and bighearted husband, father and a printer. He grew up in North Minneapolis. He was a letterpress operator at Royal Stationery in 1948. He enlisted in the Army on June 20 1949 when he was 17 years old. Bob was a Corporal in the 24th Infantry Division and operated an Army print shop with mostly Japanese speaking allied soldiers.

Bob was a pressman at Burgess-Beckwith in 1953 when he married Barbara. In 1955 he was a pressman at Colwell Press. In 1960 he founded his own company, M&M Printing with Multilith Printing Press in the basement of his home. His wife BJ was a graphic artist and helped with the budding enterprise along with his brother Wally. In 1965 he moved the company to the first of three locations in Minneapolis where he was joined by his youngest brother Don. In following years his children joined him as the business grew before selling the business and retiring in 2003 and moving to Paradise North.

Bob enjoyed fishing along with BJ. They had a cabin on the southwest shore of Lake Mille Lacs. Later they bought 40 acres north of Mille Lacs that included land encircling a 32 acre spring fed lake.

His wife Barbara passed away in 1977 at the age of 42. They had been married 24 years. He married Rosemary Ann Mahoney in 1978, when he was 46 years old. Bob enjoyed boating and he purchased a houseboat he named “Paradise” which he docked on the St. Croix River. Bob and Rosemary continued to enjoy boating on the St. Croix for many years. In 1980 they purchased an additional 40 acres next to the lake and built “Paradise North”, an earth shelter on the shore of the lake. Together with their children, grandchildren and great-grandchildren they’ve cherished years of all four seasons at Paradise North hunting, fishing, ice fishing, skating, cross country skiing and hiking on wooded trails.

To send flowers to the family or plant a tree in memory of Robert J. Meyers, please visit our floral store. 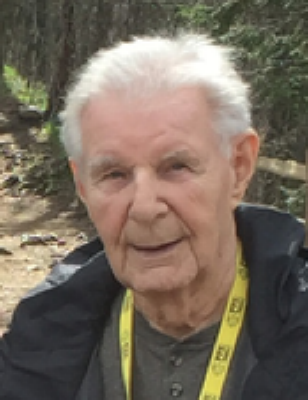