Share a memory
Obituary & Services
Tribute Wall
Read more about the life story of Thomas and share your memory.

Tom Sullivan died peacefully on January 16, 2023 at the MN Veterans Home in Minneapolis of frontotemporal dementia surrounded by his family.  He was a beloved husband, father and grandfather who left the world richer for his presence.

Tom was born in Monticello, MN to John Sullivan and Bridget (Bea) (Kowalzyk) in 1944.  He was the third of four children - John, Helen (Weidenbach) and Steve.  He graduated from Monticello High School in 1962 and St. John’s University in 1966, highlighted by many cherished friendships and a European tour with the St. John’s Men's Choir.  He served stateside in the US Army from 1966 to 1968 before attending graduate school at St. Louis University where he met Mary Ann.  They were married in 1970 and began their social work careers and life together in Connecticut before returning to MN in 1973.  At that time Tom began a long career at the VA Hospital in Chemical Dependency.  He felt called to help veterans recover from the trauma inflicted by their experiences in war.  Later in life, he had a private counseling practice as well and ended his career at the Veterans Home as a social worker.

He was married for 52 years to “the love of his life”, Mary Ann.  Their life together was rich with the joys of family and community.  They raised four children; Kate Goeddeke (Vince), Amy Sullivan Ricker (Vinny), John Sullivan (Anna) and Becky Davis (Josh).  He loved his children and the “out-laws” beyond measure, taking every opportunity to be with them in celebration, projects, and visits. Tom loved spending time with extended family and felt as welcomed and loved by the “Kennedy Clan” as he did by the Sullivan and Weidenbach families.  In addition he deeply loved his grandchildren and took delight and pride in each of their accomplishments. He spent hours weekly caring for his grandchildren.  He played with them and taught them games, sometimes taking them for ice cream just before dinner to the dismay of their parents.  Tom valued his many friends and wove them into the fabric of his daily life.

Tom was an involved member of St. Thomas the Apostle parish.  He shared his talents by singing in the choir and helping in the Simpson housewarming ministry.  His values also led him in service and personal interests.  He dedicated his time and talents to causes ranging from environmentalism to peace advocacy.   He loved the outdoors and was an avid camper, particularly in the BWCA.  He was an environmentalist at heart and served as a volunteer for the Global Action Plan in the 80s by educating others about recycling.  He collected litter wherever he went (to the annoyance of his family at times with his plastic bag hanging from his belt on every walk and hike.)  He owned an electric car 40 years ago, giving talks and rides to school children.  He built his own solar heat collector in the 90s.  He was a tinkerer, a DIYer and could fix anything.  He loved cars, gadgets, electronics, and carpentry.  He also loved the beauty of the written word and spent time reading and writing.  He was fascinated by the stories of others and worked to learn about and record his genealogy.   He advocated always for peace.  He marched for peace, protested weapons manufacturing and the School of the Americas, and worked as a dedicated volunteer for the Non-Violent peace force and Veterans for Peace.

Words cannot express how wonderful Tom was.  He was a prophet in many ways calling attention to our sins of war, injustice, and lack of care for the environment.  He lived a life showing others how to live differently.  He loved unconditionally, and was loved equally in return.   We lost him long ago to this illness, and we find solace in the belief that he is whole again.  He is beloved by God to have been made so special.  Heaven is rejoicing.

In lieu of flowers, memorials can be sent to the Nonviolent Peaceforce, Save the Boundary Waters and the Association for Frontotemporal Degeneration.

To send flowers to the family or plant a tree in memory of Thomas Gerard Sullivan, please visit our floral store. 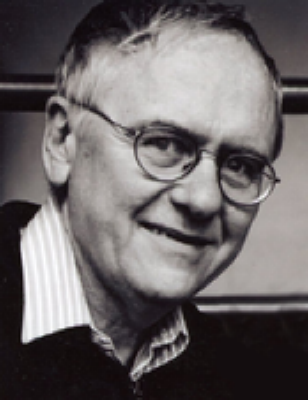