Share a memory
Obituary & Services
Tribute Wall
Read more about the life story of William and share your memory.

William “Bill” Aguirre, age 99, of St.Paul passed away peacefully surrounded by his family on January 21, 2023.

Bill was born to Mexican immigrants Jose and Enriqueta Aguirre in Horton, Kansas. He was the 4th of 15 children- the proud brother of 10 brothers and 4 sisters. His family moved to St. Paul, Minnesota in the 1930’s where he lived the majority of his life.

He was a great man of faith and love. His priorities were God, family, and country. When WWII broke out, he walked down to the recruitment office to sign up, but due to a congenital birth defect, he was denied.  Not to be dissuaded, he did his part by working in the B-24 bomber modification plant in St. Paul and donated blood as often as he could, a practice that he continued for most of his life.  While doing his part, his 10 brothers served their country by serving in the WWII, Korea, and Vietnam wars.  His family was honored by the City of St. Paul for their contributions to the country by naming a street after them, a source of great pride for Bill.

He was married to his wife Odelia for 69 years and raised their family of 8 children in St. Paul.  Bill worked in various sales roles throughout his career, most notably for the Prudential Insurance Company. After he and his wife retired, they moved to St. Cloud.

Bill had many interests: he was an avid reader of books and the newspaper, watching news programs, and tinkering in his garage. He loved visiting his brothers and sisters, especially playing poker with his brothers.  He loved all kinds of sports and was a faithful fan of the Minnesota Twins and Vikings. Watching games on Sundays while eating chips and drinking beer was another favorite pastime. His love for camping and the Boundary Waters Canoe Area was the source of many great memories for his sons and grandsons, a yearly tradition he followed into his 70s and one that is continued by his family today.

Above all, Bill was a faithful man of God, and was devoted to his Catholic faith.  He was a member of the Knights of Columbus for many years.

Bill was beloved by many and will be greatly missed.

Mass of Christian Burial will be 10:30 AM Monday, January 30 at the Church of St Vincent DePaul, 9100 93rd Ave N, Brooklyn Park, with visitation one hour prior to Mass. Private interment.

To send flowers to the family or plant a tree in memory of William "Bill" Aguirre, please visit our floral store. 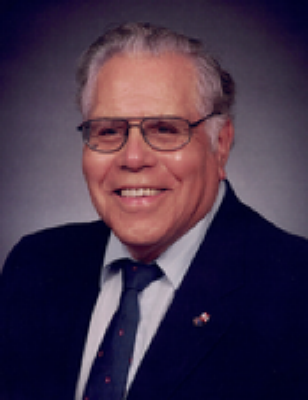