Share a memory
Obituary & Services
Tribute Wall
Read more about the life story of William and share your memory.

He was born October 16, 1940, to Nicholas and Eileen (Knepper) Koster in New London, Connecticut, where his father was serving in the US Navy submarine service. He grew up in Dubuque, Iowa, and attended Loras College there and then Creighton University Law School in Omaha, where he was a member of Phi Alpha Delta law fraternity, served on the Student Board of Governors and clerked for the firm of Haney, Walsh & Wall. After graduating in 1965, he joined the Iowa Dept. of Justice as Special Assistant Attorney General in the Dept. of Social Welfare and then the Iowa Banking Department as Trust Examiner.

In 1968 he moved to St. Louis Park with his growing family and served as Trust Officer for First National Bank of Minneapolis and later as Deputy General Counsel and Assistant Secretary of First Bank System and General Counsel of First Trust. He was a member of several professional associations and served on the board of directors of the Corporate Counsel Association of Minnesota. He also was an instructor at the American Bankers Association Stonier School of Banking and lecturer for state and local banking organizations in Montana, South Dakota and Minnesota. After retiring from First Bank System, he continued his legal career as a partner in the firm of Moss & Barnett in Minneapolis. After his “second retirement,” he was an adjunct professor at William Mitchell College of Law, where he taught Law Firm Management and authored the course textbook, “The Business of the Practice of Law.”

Bill was a faithful volunteer in a variety of capacities at his former parish of Most Holy Trinity (MHT) in St. Louis Park, where he formed deep and cherished friendships that have endured throughout the years. He was an avid reader and sports fan and especially enjoyed many fishing and cabin vacations “up north,” as well as travel abroad with family and MHT friends. Bill was a generous contributor to and active member of several Right to Life organizations and served on the board of directors of Minnesota Citizens Concerned for Life and Lawyers for Life. He was respected and admired by co-workers. His faith was central to his life and he was deeply devoted to his family. The many generations of friends and family Bill reached will fondly remember him for his sense of humor, infectious laugh, lively conversation and storytelling.

Special thanks to Fr. Paul Haverstock, St. Gabriel’s pastor, and to the many doctors, nurses and staff members at Methodist Hospital in St. Louis Park for the loving and compassionate care they offered Bill over the years and especially in his final days.

He was preceded in death by his parents and baby sister, Sandra.

To send flowers to the family or plant a tree in memory of William N. Koster, please visit our floral store. 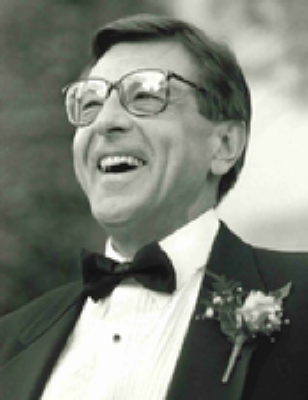