The early history of Crystal Lake Township states that in 1854 the area was settled by three men, Alfred Parker, Horatio Stillman and John Shumway. These three served as township supervisors, established schools and the Congregational Church. The official organization of the township occurred in 1860. It was bounded on the east by the Mississippi River, on the south by Minneapolis, the north by Brooklyn Township and the west by Plymouth Township. In 1887, Mr. Andrew B. Robbins envisioned a suburban town similar to those he had seen in larger cities in the East, and purchased 90 acres from the Parker's, Shumway's and others to form a plat that he called Robbinsdale Park. In 1893, the Village of Crystal was dissolved and the village of Robbinsdale was formed.

The funeral home in Robbinsdale began as Larson's in 1926. There is very little in our records about who the Larson family was. The funeral home was under the direction of Harvey Davis from July 8, 1935 until March 1, 1944 when it was purchased by B.J. Gearty and his wife Mary. Mr. Davis had died and it was necessary for Mrs. Davis to sell to a funeral director to operate the facility. 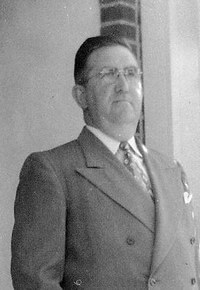 Barney Gearty was a descendant of John Gearty, a pioneer farmer and land settler in Golden Valley. The Gearty farm was between Golden Valley Road and approximately 36th Ave N. There is a park on Regent Ave N. in Golden Valley named Gearty Park which is the spot where the farm house stood. Barney attended Ascension School in N. Minneapolis and was an employee of Gill Bros. Funeral Home on Laurel Avenue. when he made the move to Robbinsdale.

Pat Gearty, son of Barney and Mary, who has contributed the Gearty family history and photos to this site, wrote the following memories about living at 4084 W. Broadway in the early days of the family operation.

"It must have been very difficult for Mary Gearty when they purchased Davis. She was married to a professional man, they'd built a nice single family home in North Minneapolis, had one child and was pregnant with me. They gave up that home and moved into the tiny apartment in the rear of a funeral home on a commercial street next to a gas station. Not exactly her dream cottage with a picket fence around it! Of course I never heard that she had any ill feelings about that. She was a true business partner and supporting wife. 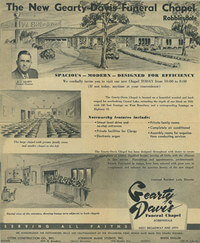 The building was rectangular with the front width facing Broadway and the length running towards the alley. A Historydriveway ran the length from the alley to the street. There was a small office in the front with the single room chapel behind it. The preparation room was behind the chapel and the apartment at the rear of the building. The apartment had two bedrooms, a living room, a dining room, a kitchen and a bathroom, all of which were quite small. We five children shared a single bedroom which contained two bunk beds and a crib. My parents said that the advantage of our small living room was that everyone shared the same footstool. A small yard lay between the building and the alley where we had grass, a swing set and a sandbox. The building was heated with a coal burning furnace and I remember very well shoveling coal into the furnace (as an 8, 9. 10 year old boy) and removing the ashes in the form of "clinkers". Clinker was the volcanic like ash that we then used on the driveway for added traction in the winter! There was no garage on the property but dad rented a single space from a neighbor for the family/business car. The apartment had a small dining room where a piano sat and our family bathroom adjoined it. During visitations and funerals a door to the apartment side was closed. Visitors used that only bathroom and the piano was played for services. There was no air conditioning. On very hot days dad rigged up an old truck radiator in the basement, ran cold water through it and setup a fan to blow cool air into a vent that led to the chapel. I find it hard to believe it did any good. The transition to 3888 was a HUGE advancement for the business and the family housing. And of course there was no getting away from the place. That single line business/family phone had to be answered on premise 24/7/365 all the years they owned the business".

The transition to 3888 that Pat writes of was the purchase and building of 3888 W. Broadway. Barney purchased the Aydt family home on that site and built the mortuary that we use today. As the announcement of the opening suggests it was one of the first structures built in that era exclusively for funeral home operation. Barney hired the Otten Construction Co. to build a rambler-style home that would be similar to the residences being built at the time. The building was well constructed and well planned to accommodate larger attendance at funerals and to provide spacious living quarters for the Gearty family.

The Gearty-Davis Funeral Chapel served many families over those years, their reputation growing in relation to the number of funerals conducted. Mary Gearty was an integral part of the operation. She secured a funeral directors license through a program with the state health department that allowed spouses' to be licensed in order to assist their husband in the operation of the funeral home. The Gearty's added Pete Jaroscak, a Robbinsdale native, to the funeral directing staff as the company continued to grow. An additional visitation room was constructed in a major renovation to the building in 1970.

Bob Delmore was raised in south Minneapolis in the 1920's and 30's. He attended Incarnation Catholic Church and School where he served as an altar boy for many weddings and funerals. He was always fascinated by the work of the funeral directors and would accompany them with the priest to the cemetery. His desire to pursue a funeral directing career never waned during his days at De La Salle High School. He enrolled in the University of Minnesota Mortuary Science Extension classes in 1939. Upon graduation in 1941, he began his working days with Ralph A. White Sr. at the White and Rocheford Funeral Home in South Minneapolis. Mr. White was also a member of Incarnation Church and a working relationship began that continued until 1962. 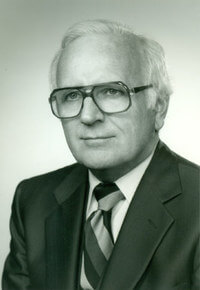 Bob served in World War II as a Chief Pharmacist's Mate for the U. S. Navy. He was stationed at Ayayia Heights Naval Hospital in Honolulu. He Bob Delmore returned to White Funeral Home after the war and married Margaret Roddy in Minneapolis in 1948. They moved to St. Louis Park, MN. and raised four children; Kathy, Paul, Dan and Sheila. Ralph A. White, Jr. joined his dad in the funeral home operation in 1962. Bob felt it was best to find a larger company to support his family and moved to Washburn McReavy in Minneapolis. Bob worked there for 11 years until December of 1973.

After a long and fulfilling career, B.J. Gearty decided that it was time to sell Gearty-Davis. He sought a funeral director who would continue to serve the Robbinsdale/Crystal area in the manner that Barney and Mary had created. Bob Delmore purchased the funeral home along with Art and Ron Johnson of Hopkins, MN. They operated the funeral home until 1978 when Bob purchased the Johnson's interest and operated the company as Gearty-Delmore Funeral Chapel.

Dan Delmore, Bob and Margaret's third child, grew up in St. Louis Park in a neighborhood full of large families in the 1960's. Dan joined his father in 1976 as a funeral director upon graduation from the University of Minnesota Department of Mortuary Science.

1982 was year of growth and change for Gearty-Delmore. The company expanded to the Delmore's old neighborhood in St. Louis Park with the purchase of Billman's Park Chapel on Wooddale Ave. John Billman was the funeral director with a long history of service in Minneapolis. John was a member of Bernie Bierman's championship football teams at the U of M. John worked for many years with his father Joe Billman, developing funeral homes in South Minneapolis and St. Louis Park. John was ready to retire and sold the funeral home to Gearty-Delmore. The operation changed hands on March 1, 1982.

B.J. Gearty died peacefully in his sleep on the morning of December 24, 1982. Two days after Christmas, Minneapolis experienced an enormous blizzard that forced the postponement of Barney's funeral. It was one of the very few funerals that his company had ever cancelled, before or since. Barney was laid to rest in St. Mary's Cemetery in Minneapolis, MN.

Gearty-Delmore Park Chapel was expanded in 1986, adding a new chapel and additional parking. The neighboring building , the Blossom Diner and Miracle Mile Barber Shop was razed to accommodate the space for the expansion.

Bob Delmore continued to work into the 1990's. He began to lessen his work time as he and Margaret would winter in Florida. The ownership and operation of the company was transferred to Dan Delmore in the mid 1990's.

Dan Delmore selected the site location of the Plymouth Chapel in the early 1990's. The building was completed and opened on July 15, 1997. The 12,000 square foot facility, built on 3 acres, has large rooms for funerals, gatherings and luncheons as well as a 100 car parking lot. The Plymouth Chapel serves the growing Western suburbs of Plymouth, Maple Grove, Medina, Wayzata, Corcoran and Hamel.

You are welcome to call us any time of the day, any day of the week, for immediate assistance. Or, visit our funeral home in person at your convenience.